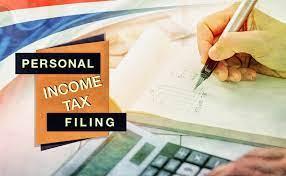 Tax is imposed on individuals who are either in employment or are running their own small businesses, under a business name or partnership.

Though the collection of Personal Income Tax is a federal responsibility, this tax is generally collected by state governments from those that are resident in their various states, regardless of whether they are federal, state, local government, or private-sector workers. The Federal Inland Revenue Service also collects this tax but only from residents of the Federal Capital Territory as well as what may be described as highly mobile federal workers; staff of the Ministry of Foreign Affairs, other Nigerians, and foreigners outside the country but earning income in Nigeria (non-residents), expatriate workers resident in Nigeria, Police Officers, and Military Officers. Civilians working in Police and Military formations, however, pay to their respective States of residence.

The current law guiding the taxation of personal incomes is the Personal Income Tax Act (Cap P8 LFN 2004). Under the law, Federal and States’ tax boards are empowered to identify persons living in or earning income from Nigeria who is required to pay tax and to assess incomes and tax their incomes using specified guidelines and rules. This law also guides the tax official in identifying the residence of potential taxpayers, as well as the sources and origins of their incomes for the purpose of taxing the income.

How much to allocate to…

Few topics are more divisive in the financial advice community than the use of alternative investments. It is right up there with active